back to
news & research 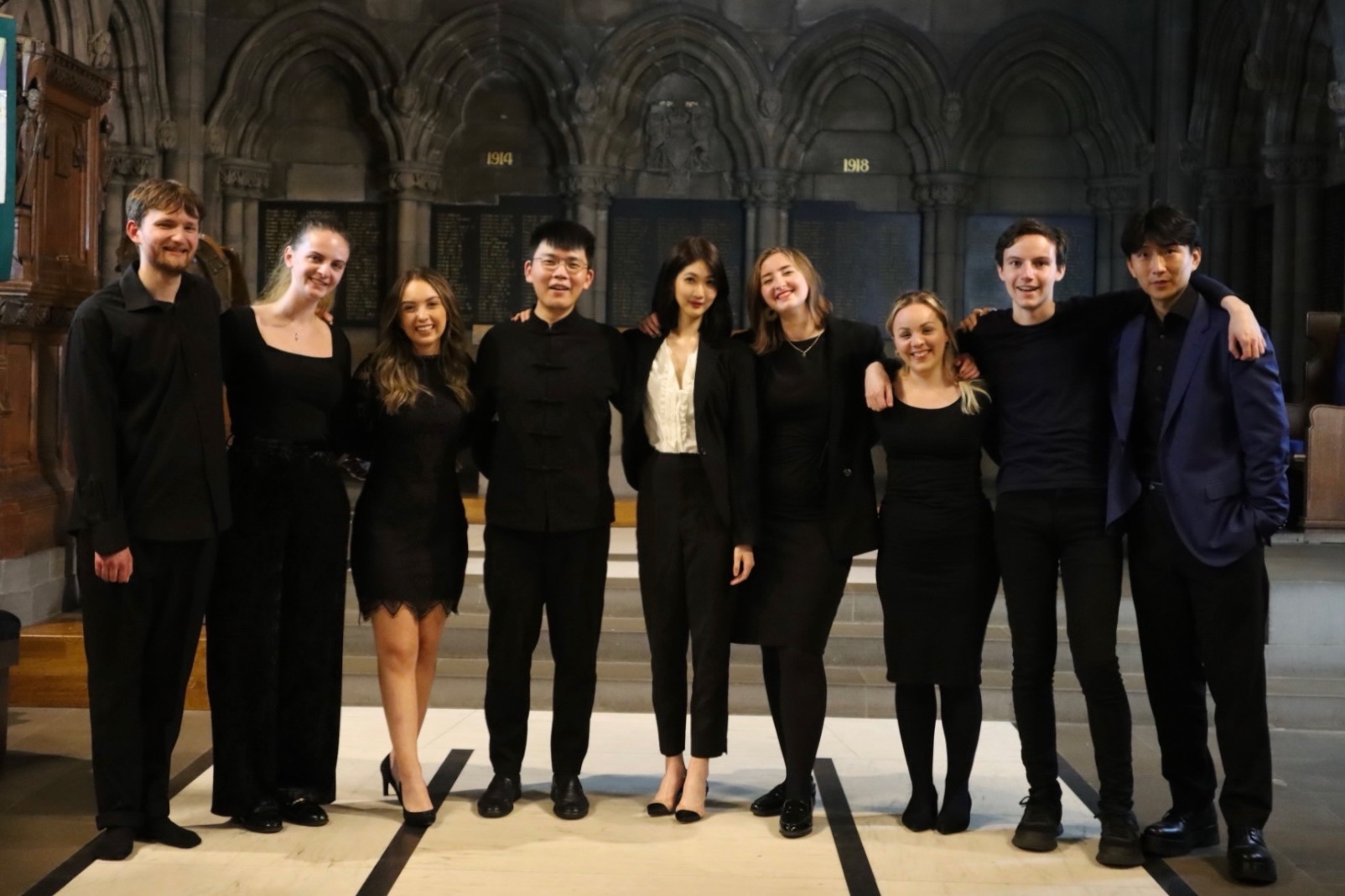 Game of Sounds and Signs

Presentation at the Spheres of Singing conference 2022:

This joint research project brings the composer, conductor and singer(s) together in creating and performing a new composition that explores the potential of conductor-led vocal improvisation of different scales. The project originated from a compositional study inbreathing and consonants, which investigates the management of breath in relation to different expressional and technical demands such as dynamic and tempo changes and the voicing of specific consonants. A conductor gives instructions on these demands on an improvisatory basis, who uses a set of conducting gestures or an electronic sounds generator as triggers.

First planned for solo voice, the scope of research has since been expanded to include eight singers who can perform either individually or in groups. Further, we test different modes of interaction between the conductor and singers. One possible approach can be found in John Zorn’s Cobra (1984), in which the conductor acts as a ‘prompter’, who only gives out signals to the singers but does not control details of the performance. Our research takes Zorn’s idea further and establishes three modes of interaction between the composer, conductor and singers. Firstly, the composer created a score with both determined and undetermined elements, including sections that focus on the three different roles of the ensemble leader: (1) the complete prompter, (2) the complete conductor, and (3) the prompter/conductor. The composition is then rehearsed and performed to test the outcome of each section and the work as a whole. The resulting process is completely documented in both written reports and audio-visual recordings.In the end, we identify from differences between the modes to see their implications on the dynamic cooperative relationships between the composer, conductor, and singers. Our presentation summarises the research process and discusses the changing relationships between the three parties during each stage of composing, rehearsing, and performing. We hope this research can facilitate a better understanding among the three parties of each’s role in the creative process.

Game of Sounds and Signs

Exploring the Three-Cornered Network of Interactions between the Composer, Conductor and Singers